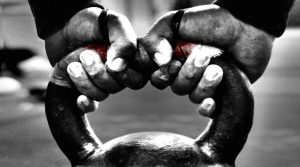 I was going to title this “Why do you train?”, but since most of you reading this train people for a living, I didn’t want you asking a retrospective question regarding your current profession, but rather, what drives you and your clients to work out?

There is a great summary written by Eric Cressey where he goes into the difference between “working out” and “training”, but I won’t get into the semantics between the two, and thus will use the words interchangeably here.

So back to the question, why DO you train?   For every person reading this there will be a different answer, and that’s the point.  For athletes, particularly those on a team where their performance dictates their paycheck or scholarship, they train in order to earn money, either in cash or books.  For physique competitors, they train with more regard to how much weight it looks like they can lift rather than how much they can actually lift.  Powerlifters and Olympic lifters only care about 2-3 lifts, while Strongmen and Highland Games athletes do all kinds of weird shit (while lifting craploads of weight in the process). 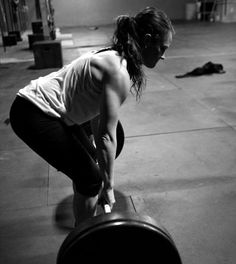 For those who aren’t athletes, the goals can get blurry and vague.  The young and uninformed read colorful magazines with models on the covers and do the workouts inside, not realizing that the 20 exercise/gazillion rep workout they are about to attempt was only used for 6-8 weeks as the bodybuilder prepped for a show, and not what they do year round.  The other ten months of workouts wouldn’t sell magazines, they are boring and difficult.  The somewhat experienced but still uninformed rely on the internet for their information, and take everything they read as gold, (just as dangerous), and attempt every 6 week challenge they read about, but only make it through 2 weeks before they read about the next best thing.  The experienced and knowlegable still make mistakes, as they will follow programs, perform the lifts correctly, but falter when they fail to remove an old lift for every new one they inject.  They end up attempting to be masters at everything but eventually the house begins to collapse.

As a trainer, you could be training to prepare for a certification of some kind, and most likely your clients have weight loss goals.  Also, I’m guessing that if you are a trainer or a coach, that you entered that profession because you A) realized you excelled at working out (be it strength or cardiovascular exercises) and B) you glean some kind of intrinsic value from the workouts themselves.

Some people just like to lift weights, do circuits, take classes, whatever piques their interest.  But sometimes, people lose the forest for the trees, and start chasing too many goals at the same time.  It’s pretty much common sense now that you can’t make serious attempts to lose significant amounts of fat and gain significant amounts of muscle simultaneously.   I’m talking about attempting to set deadlift PR’s while training for a marathon, or going through a mass-building cycle while experimenting with intermittent fasting.  They just don’t work.

When we are young, this is common.  We want to excel at everything all the time.  But eventually, we have to take a step back, and ask 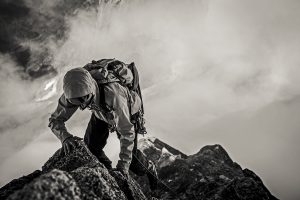 ourselves “Why am I doing all of this?” and “Are my workouts actually getting me closer to my end result?”  Simply put, “Keep the goal, the goal” as Dan John has said.

Do you like to do things outdoors? Play pick-up games of various sports? Perform parlor tricks and feats of strength?  Or maybe you really just like working out?