Who Makes Up FitRanX®? 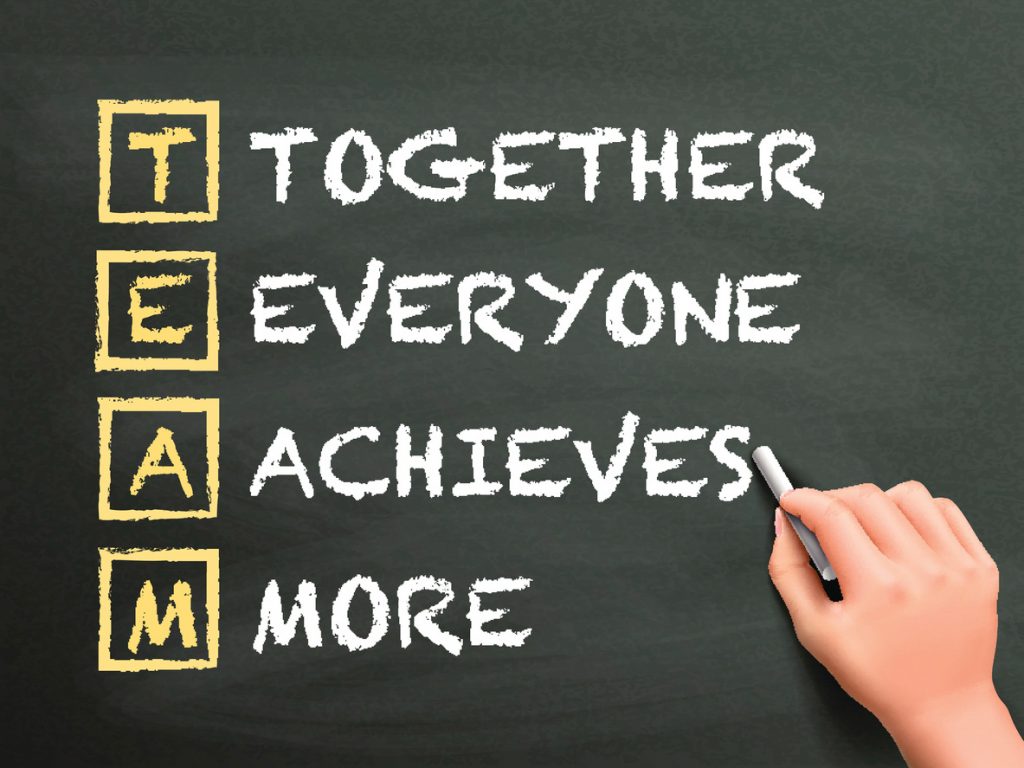 In a way, this is a follow-up to a previous blog article, “What does FitRanX mean to you?”  FitRanX is the brain-child of Nick Rians, and over the last 5 years has evolved to an organization that affects thousands of people world-wide.  And while Nick and the core members that make up the cogs that keep FitRanX running do their best to maintain consistency and “quality control,” it ultimately comes down to you, the boots-on-the-ground operator, to run the programs the way they were designed. 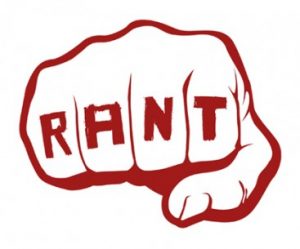 First off, I don’t want you to interpret this as a rant, because it’s not.  Sometimes all it takes is looking at something from a different perspective to realize that you are part of something bigger than yourself.

When Nick first thought up the idea that became the framework for the initial Level tests, it came about from the simple question, “What can I do to increase my client retention?”  I can’t tell you how many people have come up to us at conferences and events, and told us, “I had the same idea to do a fitness ranking program, but you’ve done all the hard work already!”  And that’s the driving factor behind the different programs and courses that we offer.  We see or hear about areas of need, and we come up with solutions for your problems. We do the research, we fail and work through mistakes in order to come up with the best version of everything it is that we do.  And if we see a way to do something we already do better, then we aren’t embarrassed to come forward and release an updated solution.

You might be wondering what the heck I’m talking about at this point, so here you go.  I’ve been hearing through the grapevine that there are gyms out there worldwide, that have signed up to be licensed FitRanX gyms, that are not following the set Level testing protocol.  They let clients choose what levels they want to start at, instead of starting everyone at Level 1.  They modify the heck out of the tests so that everyone can “pass.”  These modifications include using any size band needed to pass pull-up portions, taking extended breaks during elements, and even pausing Tri-Sets to catch their breath. 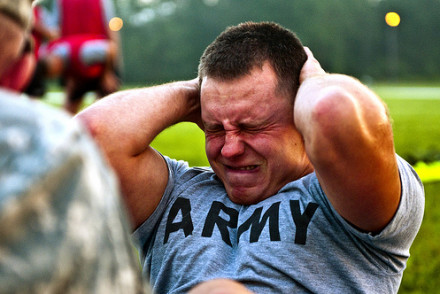 I’m not bringing these examples up because we want to exercise “control” over the FitRanX brand.  That actually couldn’t be farthest from the truth.  I’m bringing them up because the only people that actions like this hurt are the gyms themselves.  Imagine, if members from the aforementioned gym were to move to a different city and join a different gym that was running the program as it was designed to be ran.  What kind of an opinion do you think they would have of their previous gym and trainer?

And remember, the whole reason we encourage you to set a pace on how frequently clients can take a Level test is to increase the amount of time it takes to make their way through the program, which increases your financial bottom line, as they stay with you longer!  Yes, it is physically possible for a fit individual to start taking Level tests and potentially go from Level 1 to 7 or even 8 in a period of 6 months or so, but why would you want to do that??  What challenges would you have for them after that, to keep them motivated to stay with you and your gym? 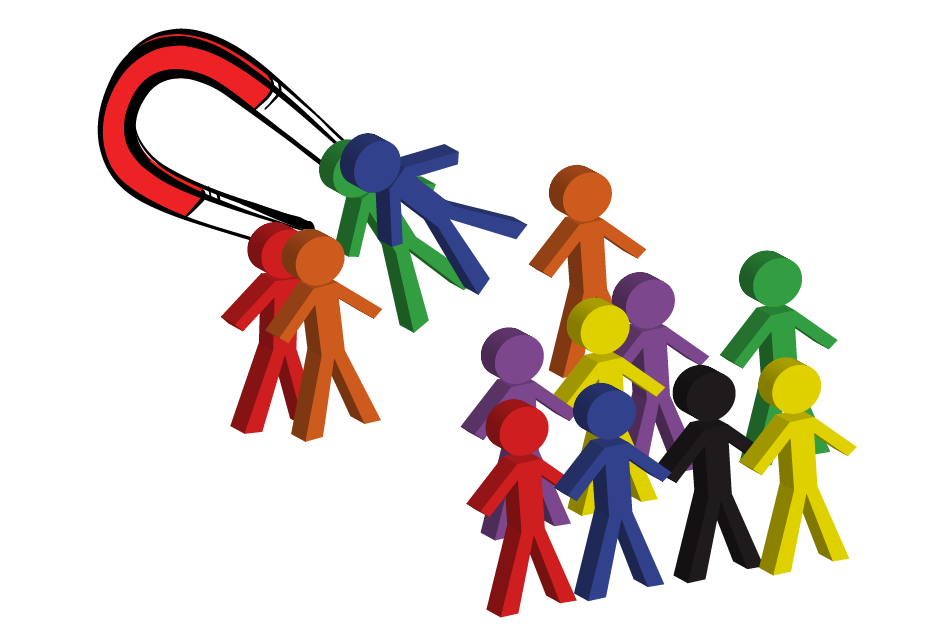 At its heart, FitRanX is a client RETENTION system. It is a way to differentiate yourself from your local competition.  Secondly, (and here is where the consistency comes into play), it is a STANDARDIZED system, which means that a 6” tall, 45 year old male that weighs 212lbs (96kg) will have taken the same test, whether he was in Thunder Bay, Canada, or Inanda, South Africa.  And that standardization is why we require that all Level 7’s and 8’s are submitted for judges approval.  It certainly makes us curious when we see a gym ordering a batch of red dog tag silencers when they haven’t submitted any Level 7 videos.  One of the reasons we require video submission, other than an affirmation that the person taking the test has met the minimum requirements, is that it usually gives us a pretty good idea of the level of instruction going on at that gym.  Chances are, if we see a mistake that was not caught by the instructor during such a high-stakes event, that they are letting even bigger mistakes slide on the lower levels.

I HATE failing people on their tests.  I truly do, and I feel so bad when I see a mistake, because I know that had I been there in 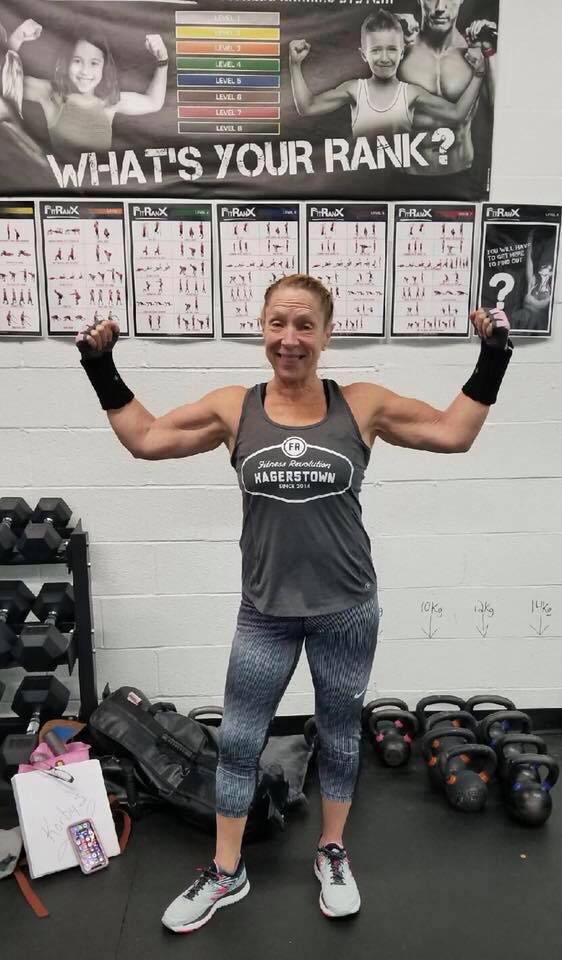 person, I could have given a critique and the test would have continued.  But, it also frustrates me when I have to fail an individual over a really stupid mistake, that could have been avoided had they re-read the bullet points for the movements for their test, or the Level Test protocol.  We aren’t purposefully failing people because we want the upper Levels to be an elite club.  The opposite is true – I want to pass every submission, until we have more FitRanX Level 8’s in the world than martial arts Black Belts! But, while it’s pretty easy to find a dojo that hands out Black Belts like participation trophies at a kid’s soccer tournament, we’d like to hold ourselves to a higher standard, so that if you meet a FitRanX level 8 on the street, you know they are a certified badass!

On one hand, yes, you bought and paid for the system, and you can run it however you please.  But just know, that cutting corners and making adjustments to appease your clients only hurts you in the long run.  And yes, in order for your clients to pass, you will have to teach them specific movements in detail, which requires work. This is a long-term investment in your company that will pay dividends in the future.

FitRanX is NOT just Nick, me, Jamie, Kevin, and the others behind the scenes that help us out.  FitRanX is YOU, the user, setting the bar high for yourself and your clients, and working to be part of a worldwide group of like-minded gym owners and trainers.

P.S. This is ALSO one of the reasons we are now offering our FitRanX Instructor Certifications for FREE. Click here to sign up