Which Came First? The Strength or the Conditioning? – Part 2

In the first part of this article I talked about some of the trials and tribulations of gaining and losing strength, in this second part I am going to get into what happens when you gain and lose conditioning.

Conditioning is an even more elusive animal than strength, in that you can’t see it. Strength improvements become visible as muscle grows, and while conditioning movements like running, swimming, cycling and others may build movement specific muscle, that muscle will stick around long after the conditioning benefits will after extended periods of time off.

There is nothing quite like the reality shock of having forced time away from a certain aerobic activity, only to return to it and end up sucking wind after putting out half the effort for half the time as usual. It can be a very humbling experience. Or similarly, to be very adapted to one aerobic type of movement, but then feel completely out of shape when you attempt something new out of the blue that recruits oxygen and fuel in a different manner.

Improvements in conditioning occur much faster than strength, but they drop off even faster than they are built as well. 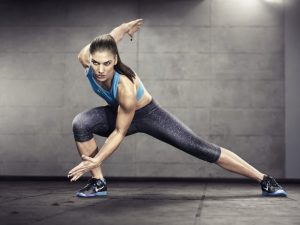 A good analogy is to use alpine climbers as an example. When teams attempt to summit Mount Everest, they spend months just acclimatizing to the altitude. It can take weeks to months to adjust to increases of 5,000 – 10,000 feet of elevation gain. In that time, the bone marrow is pumping out red blood cells in overdrive, to carry oxygen throughout the body.

When I was in college, I worked at mountain summer camps as a full-time staff member. I held numerous positions such as lifeguard, mountain bikes instructor, mountaineering guide and more. Throughout the school year I lived at about 1,000 feet above sea level, while camp was at about 6,500. It would take me about 2 weeks to fully acclimatize, and then I was good to go. I was in the military as a reservist at the time, and one summer I had to get a physical during my drill weekend. When I came down the mountain, my resting heart rate was about 45 beats per minute, the physician freaked out and made me undergo a full heart test (EKG, MRI, Sonogram, the works). The reason for the heart rate drop was that because my body had produced enough red blood cells to operate properly at elevation, I had more than enough for two days at sea level.

It is fairly well known that boxers train at elevation and stay there until just before a fight, and then they travel. This is so they operate with a cardio “turbo” at lower elevations. Cyclists do this as well, albeit illegally. It is called “blood doping,” and they have their own blood drawn ahead of time, spun to isolate the plasma, and then re-injected during competitive events that tend to last days to weeks. I can attest that when I was acclimatized for higher elevation and then underwent aerobic activities at lower elevations, my heart rate barely budged and I felt like I could go at a higher pace than normal forever! 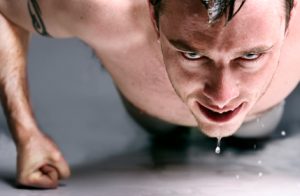 The body does the same thing when you introduce it to regular weekly aerobic activity. The body realizes that the activity is going to be a regular “stress” that it must adapt to, and it does this in a variety of ways. The heart, diaphragm, and other breathing related muscles get stronger, and the body produces more red blood cells in order to transport the needed oxygen and waste to and from the muscles.

But all of this adaptation does not last forever. When the body realizes that it doesn’t need to transport as much oxygen (because of a drop in elevation or a reduction in aerobic activity), it disposes of the extra red blood cells by letting them die off. This die-off period occurs very rapidly, as fast as a few days with a drop in 5,000 feet in elevation, to a week without the same aerobic challenge.

The “weekend warrior” runner or cyclist actually will not provide even the minimal stress required to initiate the production of additional red blood cells (so in that instance, they will not feel that their activity is any more or less difficult with breaks in training, but it will never feel easier when they do participate in it).

Whereas the intermediate athlete that undergoes 2-3 days a week or more of at least 60 minutes of aerobic activity will adapt to that activity within about two weeks, at which point their body becomes more efficient and the activity will feel easier, allowing them to increase their intensity.

With intermediate clients, it is important to explain these elements to them, because at a point they will not be as challenged by your workouts as they once were (out of breath, dripping sweat). Educate them that these alone are not key indicators of a workout’s effectiveness. At the same time, it is up to you to incrementally increase the duration and intensity of their workouts and intervals so that they can continue to improve until their goals are met. 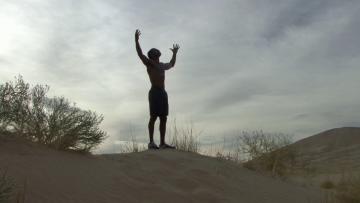 And so, the takeaway here is that while you may have adapted to a certain activity and participate in that activity weekly for months or years on end, it only takes a few weeks to take you back to square one. While this will be extremely depressing at the time, know that you will be back at your prior levels within a few weeks to a month.

Gains and setbacks in strength and conditioning occur all of the time. They can be planned, in a planned trip or vacation resulting in a known length of time off, or not planned, due to injury or illness. It is a common phrase that the only direction to go after a peak is down. The mountains do not go up and on forever, otherwise we would all eventually have lungs like an Olympic athlete. Just as we cannot linearly gain strength until we are all benching 1,000lbs.

The best mindset is to know what is happening inside your body, so that when these setbacks occur you know what to expect, both on the way down and the subsequent rebuilding way back up. You won’t be in your rut forever, even if it feels that way at the time.