Which Came First? The Strength or the Conditioning? – Part 1 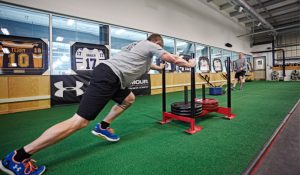 Improvements in both Strength and/or Conditioning can be elusive and difficult to predict, but even more so are regressions and then the subsequent re-attainment.

When dealing with Beginners, improvements in both Strength and Conditioning come quickly, as the body must adapt to the brand new stimulus. These adaptations are much slower to act in Intermediate and Advanced individuals. These are not new pieces of information for anyone with some experience in a gym or training environment, but not everyone understands the “what and how” behind these adaptations and regressions.

Strength gains come first in the form of neuro-muscular efficiency improvements. This is when the nervous system becomes more synchronized and efficient in its ability to recruit muscle fibers to perform the movement at hand. In Beginners, this is the time when drastic linear strength gains are made as 5 to 10lbs can be added to each lift almost each time it is trained, but there are little-to-no visual changes to the physical muscle, other than the potential loss of fat, which may result in more muscle being visible, giving the impression of muscle being “built,” but this is not yet the case. This time frame can last weeks to months before plateaus occur, depending on the individual. 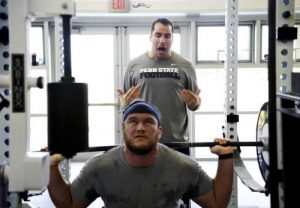 The second form of strength gains come in the actual building of muscle fibers, and depending on the form of strength training, the size of those fibers. This is when the body realizes that the stimulus has become regular and predictable, and the addition of muscle cells is necessary to protect the body, as the neuro-muscular efficiency is reaching its limits for the ability of the individual at this point.

This is especially the case in younger Beginners, who may not yet have undergone daily regular physical activity (i.e. manual labor) that would have induced strength and muscular gains through other means. In fact, it can be very difficult to judge the effectiveness of a strength program when the only test subjects are young Beginners, because an adolescent trainee has such a flood of natural hormones that they would see drastic results to almost any added stimulus.

Unfortunately, it can be these beginning adaptations that can be lost quickly when gaps in training occur, in as little as weeks or months. A rule of thumb for Beginners would be that it could take as little as half the time to lose the strength and muscle as it took to gain it in the first place. But on the bright side, if a Beginner has a base of a few months of training, taking a week or two off will not set them too far back with their strength.

The Beginner has transitioned to Intermediate when the linear improvements in strength cease. (This assumes that the same basic lifts or movements have been performed consistently, with regular increases in weight being made over time. Regardless of experience, when a new implement or style is introduced, everyone reverts to Beginner status.) Once Intermediate status has been attained, most visual muscle building will slow, as improvements to neuro-muscular efficiency begin again.

At this point in time, small changes will induce adaptations to stimulus. Changes in number of reps, sets, time of rest intervals, slight changes in implements (barbell to dumbbell), the order of lifts performed in a workout, and more all will induce adaptations. The important thing is to only change one or two of these at a time, otherwise the body will revert to Beginner status and the body will be forced to start adaptations over again to adapt to the new stimulus (think of having adapted to digging ditches, but then start hammering nails overhead all day). This is where people make mistakes and think they need to “keep the body guessing.” It isn’t a bad thing to not be sore after every workout or have every training session not leave you exhausted. In fact, reaching this point means that you have adapted to the basic movements, and are now ready to make improvements in muscle building, coordination, and strength. 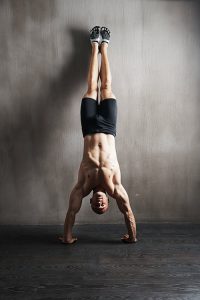 99% of the training population will stay in this Intermediate status for the remainder of their training life. The only athletes who reach an Advanced status are those who devote their entire training schedule to a handful of lifts, and compete in those lifts. It’s okay for the rest of us to be content being Intermediate, but it is important that we understand that we are not Advanced, regardless of training age. In his “Ten Commandments of Lifting,” Dan John advocates creating four “seasons” in your yearly lifting calendar, to not only complement your social calendar, but also engage in activities that are conducive to the time of year (outdoor activities in the summer, scheduled training patterns in the fall, heavy and time efficient in the winter, and introduction of something new in the spring).

The best things about spending decades as an Intermediate, is that you eventually obtain life-long adaptations, one of which is known as “Old Man Strength.” This is your father’s ability to lift an engine block, despite not having followed a training plan in years and not “looking” like he is strong. Also, you establish a base level of strength, which is your ability to lift a certain weight in a certain lift, at any time regardless of the last time you performed that lift previously (and this is usually a “benchmark” weight, for example, a 225 bench press or 315 deadlift for men). Third, you are able to take a month or more off from lifting completely without regressing back to Beginner status.

It should be noted that after taking anywhere from a week to a few months off of certain lifts (these vary for every individual) that extreme cases of delayed onset muscle soreness, or DOMS, is likely when returning to training. The good news is that this only lasts a session or two, and regressions in strength are quickly regained. This is called muscle memory, and it relates more to the neuro-muscular connections being turned on again, but since those connections don’t go away after being made, the intra-muscular efficiencies are not lost. The muscle fibers may have lost size due to a draining of fluids after misuse, but the good news is that they fill up quickly again when they are needed.

To reduce the severity of DOMS, it is a good idea when returning to exercise to refer to your training journal (you do keep one, right?). You should repeat the last 2 weeks of workouts written in your journal, but at 75% of the weight and/or intensity. Don’t make the foolish mistake of thinking you can jump in and repeat something you did a month ago with no training in-between. (This is where the saying “do as I say, but not as I do” usually applies to trainers. We are horrible at actually following our own advice.)

Nutrition is an important thing to consider during breaks in training, especially related to muscle. The adage “use-it-or-lose-it” holds true here. Protein is important when it is time to build muscle, and it is even more important when it is time to maintain it. If a sufficient protein intake is not consumed during breaks in training, then the body will turn to its own muscle as a protein source, as it will think that the muscle has served its purpose since the stimulus has disappeared.

Stay tuned for Part 2, where we tackle a whole different animal, called Conditioning!