What The Heck Is A Lever Bell??? 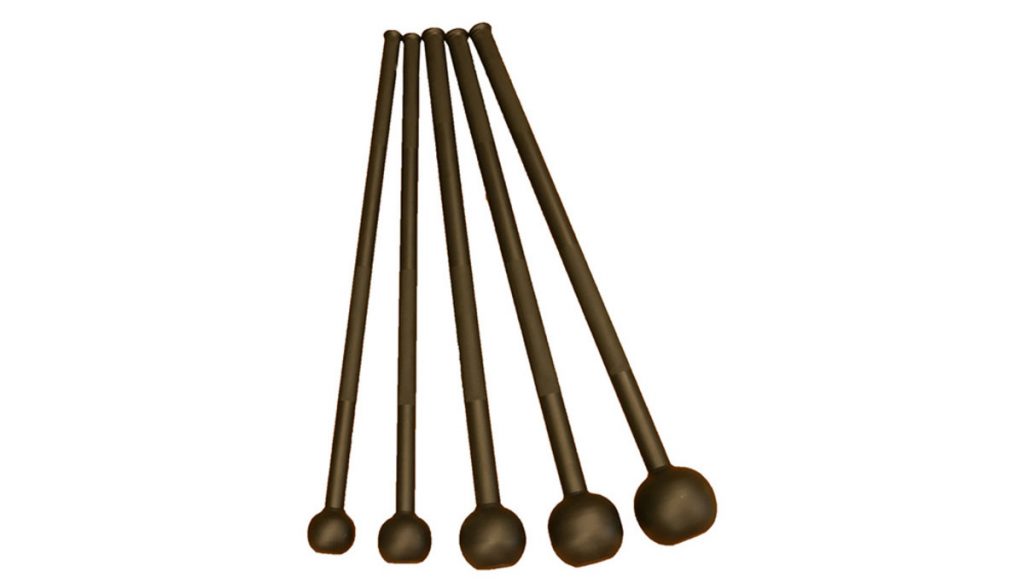 Every once in a while, something new comes along, and it makes us think.  The “Lever Bell” is one of those things.  But first, let me back up a few months.

Over the summer, Nick and I were manning our FitRanX® booth at a Perform Better 3-Day summit.  I’ve been curious to learn more about Indian Clubs and maces, and I happened to run into a guy I’ve known for a while, but haven’t seen in a few years, James Wilson.  James also goes by the moniker “Mountain Bike James,” and his website is www.bikejames.com. He even came up with a new style of bike pedal, which I am currently testing for him.  Anyway, James uses clubs and maces with his riders, in addition to kettlebells, sandbags, and other tools.  So, I asked him to show me some basic moves, as I hadn’t really been able to find decent instructional material on my own.  On one of the lunch breaks, James showed me enough that I realized I needed to look into clubs and maces a bit more seriously.

So, I searched for maces on Perform Better’s website (even though I was at their event), and found nothing.  I went into their main room at the convention center, and I managed to track them down.  I picked out a 10lb and 15lb mace, and found a PB employee to ring me up.  He looks at them, and as he’s writing out my receipt I hear him say “One 10lb Lever Bell, and one 15lb Lever Bell” to himself.  I say, “Huh?”  And he replies, “Yeah, that’s what we call them.”  Ok, now I’m dumbfounded.  I go back to our table, look up their website, and lo-and-behold, there they are, “Lever Bells.”

That night, at the hotel bar, I corner a couple Perform Better employees, fully intent on correcting their obvious misunderstanding.  Well, funny enough, it was I who was corrected.  Their thought process was this:  a traditional mace was a weapon, most likely spiked, and used in battle. It was swung into human skulls and bodies in any way possible, without any regard for fitness.  They were not selling a weapon, they were selling a one-ended barbell. 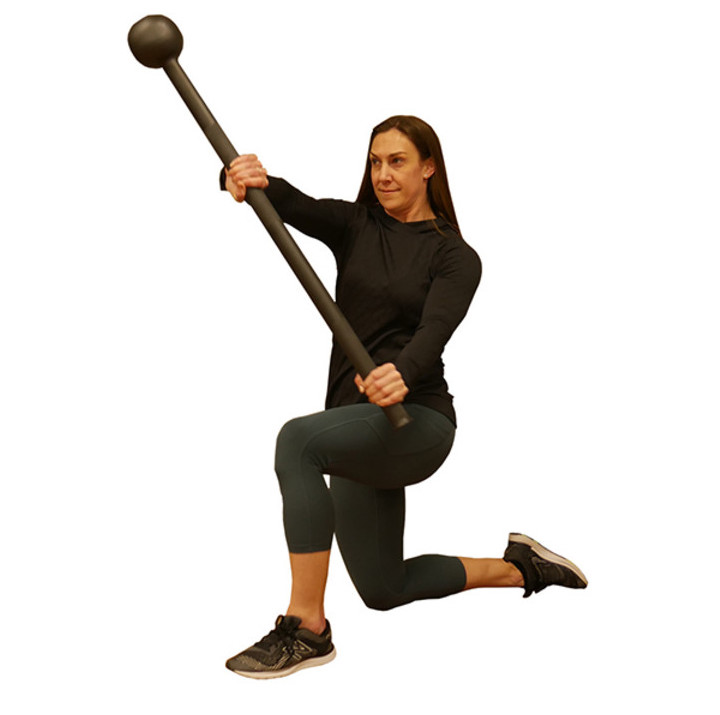 The first place I looked was Onnit.  They had a $5 workout video, so I bought and downloaded it.  I’m sad to say that I was extremely disappointed.  There was no instruction whatsoever, just a follow along video. They were supposed to be THE resource for maces and clubs.  And, there were only 2 movements introduced that were unique to the mace/lever bell, the 360 swing and the 10-2.  Every other movement was a bastardized version of traditional presses, rows, squats, or deadlifts.  It reminded me of other equipment companies that make efforts to show how their equipment can be used for everything, when it’s obvious that they are stretching a bit.

Not too long after, a FaceBook ad appeared on my feed from Josh Henkin, advertising a series of e-books he had just finished. It was a package of 4, priced very reasonably.  The books covered general DVRT (Dynamic Variable Resistance Training) warm-ups using sandbags and bands, Ultimate Sandbag Waterbag specific drills, ARES sled drills, and Lever Bells.  The timing was perfect!   I already had all of those pieces of equipment, and I’m always looking for more educational materials.  Through experience I’ve learned that Josh seriously overdelivers on his material, so I bought it.  Now, if you don’t know who Josh Henkin is, you should.  Even if you don’t use his Ultimate Sandbags, you need to follow him and his wife, Jessica Bento.  They are seriously two of the smartest people I know in the industry.

Josh, who has been a long-time fan of old-time strongmen and their methods, has been using Indian Clubs, maces, and kettlebells since long before any of us knew what they were.  He used the maces for their two traditional movements, and liked them, but struggled to match them with clients who lacked the mobility, coordination, stability or strength to perform them correctly.  So, he put them to the side and moved on.

Ten years later, with a decade of DVRT and Ultimate Sandbag experience reinventing the whole model of “functional” mobility under his belt, he re-approached the mace with the new lens of looking at it like a one-ended barbell, a lever.  This time, he learned from his experience and didn’t try to apply traditional or existing movements to the “Lever Bell.”  Instead, he used his gigantic brain to figure out how to best utilize the leverage throughout a range of fluid movements, and created a whole new category of mobility and movement training using this old, yet new, tool.

I devoured his e-book, and used his Lever Bell workouts as warm-ups to my workouts to try them all as soon as possible. (I used them as warm-ups by doing fewer rounds, and since I don’t have “heavy” Lever Bells yet, they were pretty light and easy).  My takeaway was that these were unique movement progressions that worked best with a Lever Bell.  It was an application of the saying “Use the best tool for the job.”  I could see where some movements were similar to a sandbag movement, but actually felt better with the Lever Bell.  Honestly, it’s almost as if the sandbag was the precursor to discover some of the DVRT movement’s true purpose with the Lever Bell. 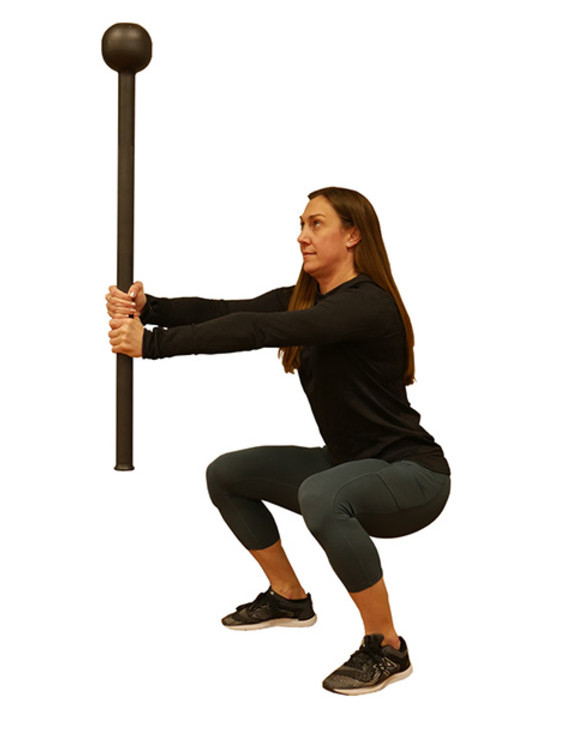 At this point, I can say I GET it, and I like it. Discovering the true range of movements that are unique to the Lever Bell reminds of the discoveries I made when I first started using kettlebells.  I like the conditioning, grip strength, core strength, and shoulder mobility it gives me.  My shoulders are my litmus test.  If they feel good after a movement it goes on the “list.” If they feel worse after a movement it goes in the trash.  My shoulders feel better than they started after some Lever Bell drills, so my presses and other shoulder work are even more effective.

I can see multiple “camps” forming, just like with the Sport and Hardstyle kettlebell groups.  I hope it doesn’t happen, because that would be short-sighted.  The name “Lever Bell” makes sense, as do the movements.  I didn’t intend for this to be a sales pitch, but go get a light one (7lbs for females and 10lbs for males), download Josh’s e-books, and get leveraging!