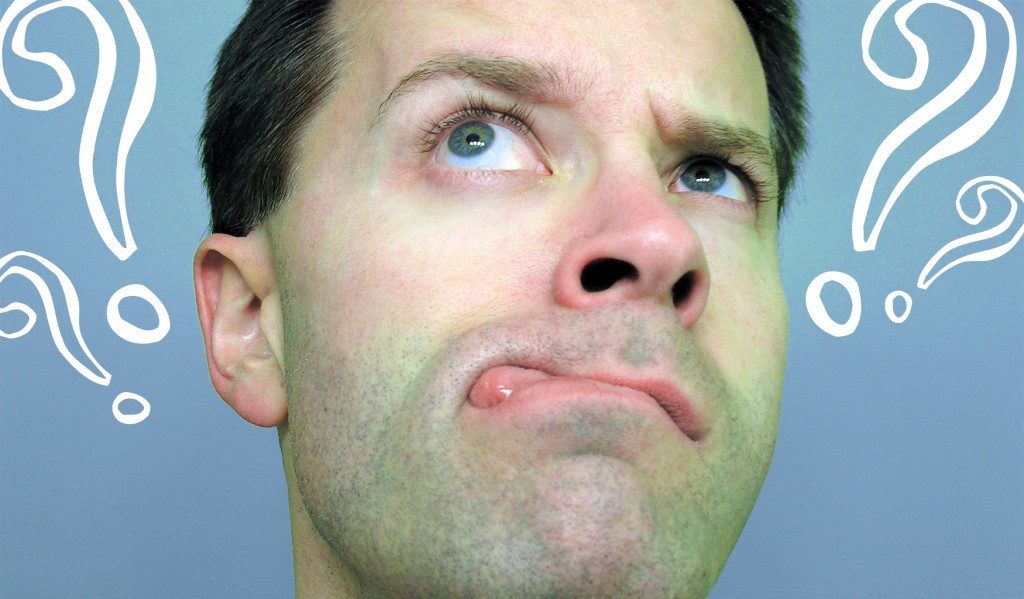 (If you haven’t read: “Why are all the Level 8’s Female?”, you should start there before reading this.)

The article summarization and commentary I recently wrote discussing the rise of women in endurance events certainly generated quite a bit of conversation, and I couldn’t have been more pleased. That was the point – to bring attention to the fact that women are not the “weaker sex,” and that they can hang with the guys, specifically on the FitRanX Level tests.

Some of the comments/questions being put forth by the men after the article circled around areas where the men faced challenges during the tests. I will address some of them here. 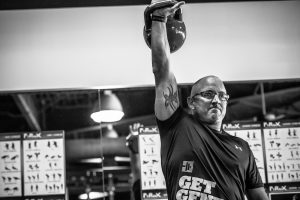 First on the chopping block is body type. Men typically have more upper body muscle mass than women. On one hand this results in added strength, but on the other hand it results in more muscle mass to fuel and carry around. So yes, the expectation is that men will be able to lift heavier weights than women on the tests, and so they are required to. It stands to mention that while the Men’s weights increased about 10% from version 2.0 to 3.0 of the FitRanX tests, the Women’s weights increased 15-20%, and their reps increased, but somehow it’s the men who are more vocal about the increase. The takeaway? Stop complaining and get stronger!

Remember that body type and body composition are two different things. Body type cannot be changed, whereas body composition can. The tests encourage a healthy body composition, as the lower your body fat percentage gets and the higher your strength to weight ratio becomes, the easier the tests get. But body composition doesn’t just relate to high levels of body fat, it relates to high (excessive) levels of lean muscle mass as well. It is worth mentioning that the body builder looks that Arnold and others made so popular while we were all coming of age put large amounts of stress on the heart and other organs. So, while you may want to look like you can lift a car, unless you’re getting paid to do it, it may be beneficial to your longevity to back off the mass gainer a bit. I have a feeling this article is going to touch a few nerves out there with the big guys – remember, I shop in the husky section too! 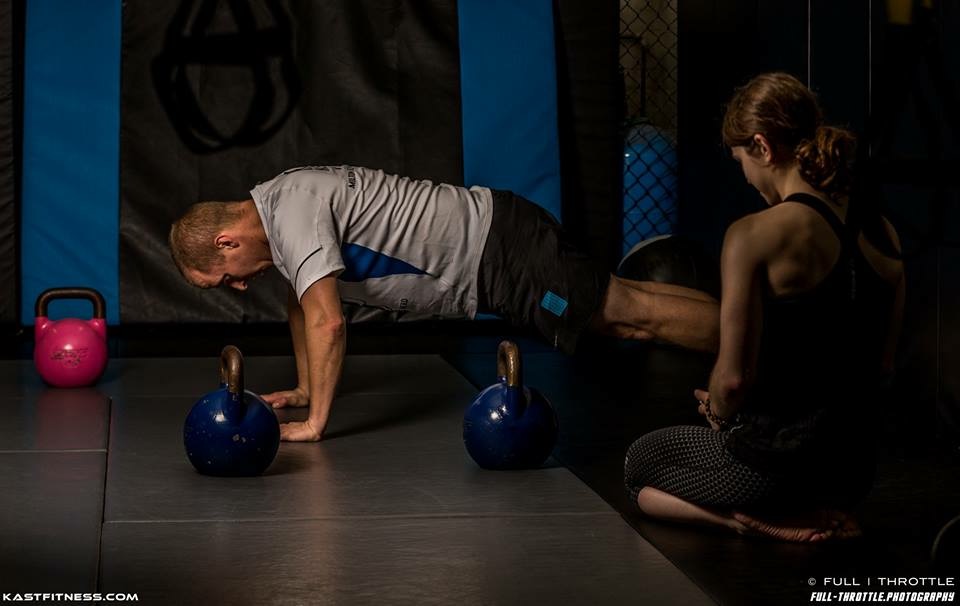 I will add one thought to chew on – just as we can’t do anything to change how tall or short we are, it is pretty difficult to fight our body’s natural preferred composition. Case in point: Nick and I are within an inch of height with each other, yet I carry around about 25lbs more lean muscle than he does. His average body fat percentage is also about 5 points less than mine as well. We each can work to change those numbers either way, but it takes significant and somewhat needless energy and focus to do so. At a point, it becomes more beneficial to get to the “best” place for your type, and then start working on your weak areas.

Next up are physiological advantages. The article I discussed talked about how women are hard-wired to be more efficient on extended endurance events. This was somewhat misconstrued in the comments that followed. The article was discussing primarily long distance running, cycling, and swimming events, not necessarily tests of strength and power. So, while the women have advantages during portions of the conditioning elements, men still have the upper hand on the strength elements, even with their heavier weights. This is what makes the FitRanX tests so effective. They are tests of strength to weight ratios, pure strength, power, endurance, and cardiovascular health.

Some comments advocated longer rest periods for men to allow recover for their massive muscles (insert sarcasm here). Again, the tests are designed so that everyone has elements that challenge them. If the rest and recovery portions are what challenge you, then that tells me that you have a need for interval work that focuses on increasing your VO2 Max and heart rate recovery time. I would also look at your typical workout duration. If your usual sessions are about an hour, then it wouldn’t surprise me if you started to fade and struggle on multi-test challenges that last longer than that. 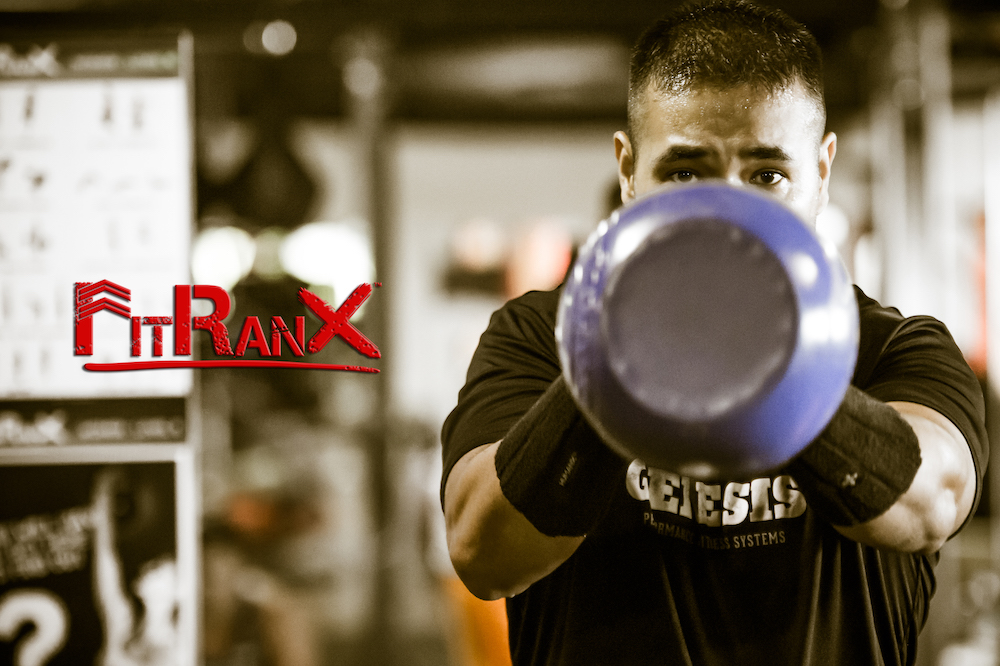 One of the biggest advantages that the women had naturally that men need to work on that I found most interesting was their ability to down-regulate their systems. This means they were able to calm themselves down prior and during the event, keeping adrenalin and cortisone suppressed. We men can do this, we just have to work at it consciously. Being able to keep the heart rate low and controlled is what helps the body revert to burning fat as well as glucose as fuel, whereas getting “hyped” up for a physical test (which men seem to excel at) only raises the breathing and heart rates, and pulls glucose almost exclusively as fuel, until after 20-30 minutes one of two things happens: Either the heart rate has dropped to a level where fat can become accessed, or the dreaded “bonk” happens (this is a commonly used term in the endurance community to describe the physical and mental wall that one hits when fuel stores are depleted).

Last up on the chopping block is the thought that men need different test designs than women. The extreme take away from that idea would be if in the Olympics, only men ran sprints and only women ran the marathon. Just as ridiculous as that sounds, it is just as silly to think that we need to adapt tests to men’s strengths because we found a weak area (I can hear the ironic chuckling from the women on that topic already).

Think of it this way – based on the average test length, the men actually have the advantage on all of the lower levels, and honestly, any level taken individually for that matter. It isn’t until multi-level challenges (like the Triple Shot, the Animal, and Beast) or the full Level 8 that the extended time tilts the advantage to the women. And looking at the common feedback we’ve received, it is typically women who are challenged most by the lower levels (4 and below), while men are challenged most by the higher levels (5 and above). These challenges faced by the women are usually strength based, as for years most clients have never been asked or told to lift actual substantial weights. But once they mentally and physically adapt (and embrace their newfound strength), they tend to continue to strive and thrive through the higher levels. 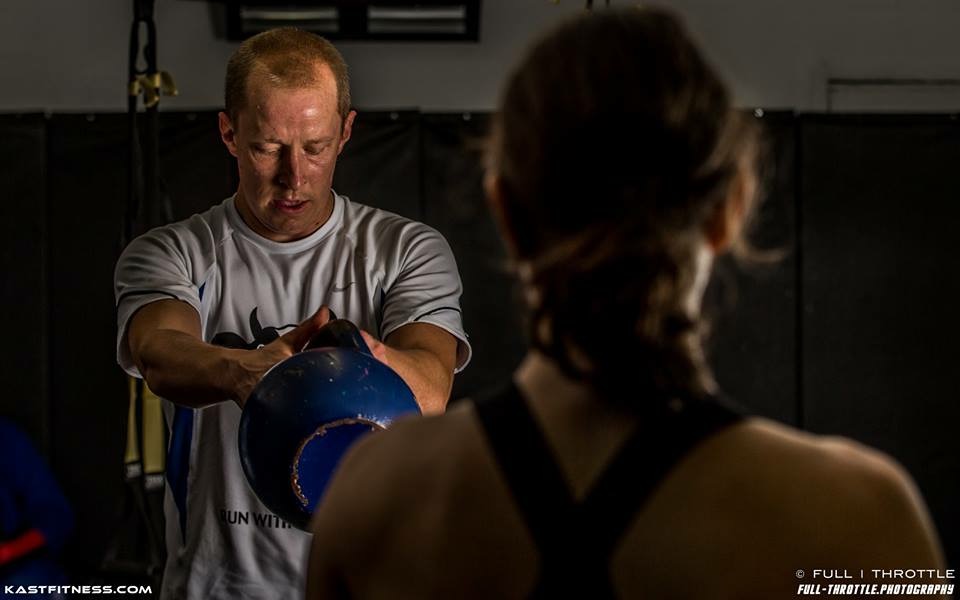 On the other hand, men also tend to play to their literal strengths (we all do, really), putting conditioning on the back burner (I myself have been guilty of telling others that when I want to do cardio I just lift my weights faster!). But it is can be just as thrilling for a male to train for and complete a challenging cardiovascular endurance event. The hard part is seeing past the challenges, and realizing that it isn’t impossible to accomplish, just difficult.

I’ll leave you with this: remember, that while the tests are great ways to measure your physical prowess, they are primarily a tool to be used to increase your client retention and their design needs to be such that you can simply, quickly, and efficiently run a large group testing day. Having different testing protocols for men, women, body type and more would be a logistical nightmare.