How Do I Get Strong Enough 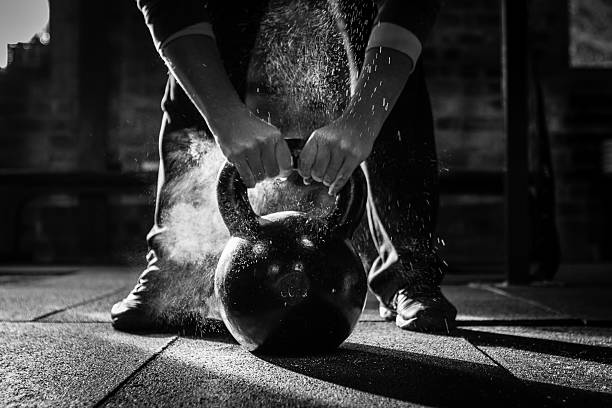 way up to over 200lbs! Now, it is a rare case that unless you are in an extremely well-outfitted gym, to have such a full spread. More often, you’ll have a couple, and then get some that are a good deal heavier than what you had before.

So how do you adapt to such a jump? How do you go from pressing a 24kg, to pressing a 32kg, if you don’t have anything in-between? Well, I have this little progression of what was suggested when options were limited, courtesy of Mark Reifkind, one of the original RKC Master Instructors. I added the alternating swing and get-up into the equation:

Now, here’s the hardest part of the entire progression – you have to wait until you OWN a movement before you move on to the next. Now, how to define that will be different for each movement. You could start with using the following as a baseline:

The other hard part, is that the timeline for every movement will be different. Some will come quickly, others will drag out like sand in an hourglass. So, the key is to be patient. 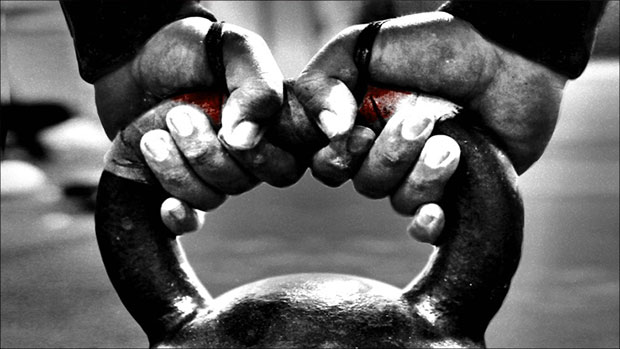 Now, another option for this progression, is what I’ve coined the “All the ‘bells Workout.” Basically, you get out up to 9 different sizes of kettlebells, and you run through the movements in a circuit, one set each, doing the reps prescribed. I managed 3 rounds the first time, doing every movement on the minute, and then resting a full minute between rounds. It wasn’t a workout that would necessarily work for hypertrophy or specifically-designed strength-building, but it made for a good “tonic” workout when I wanted to get in some quality movement and work on the form of each lift. It was also fun to have a giant pile of kettlebells all over the floor!

So the next time you get a brand-new heavier kettlebell and aren’t quite sure how to approach it, give this progression a try!