In a continued effort to standardize the FitRanX® Level tests being conducted around the world, we are announcing some clarifications and changes to some of the testing requirements and protocols.  There are a few “rules” that always induce questions and confusion at the Instructor Certifications.  They are:

To refresh your memory, here are the previous definitions of the Rules:

3-Strike Rule:  The athlete can receive 2 strikes and keep testing; on the 3rd strike they are to stop the test.

These rules are often misinterpreted in conjunction with other rules, i.e. “breaks in form,” “form corrections/critiques,” “automatic fails.” 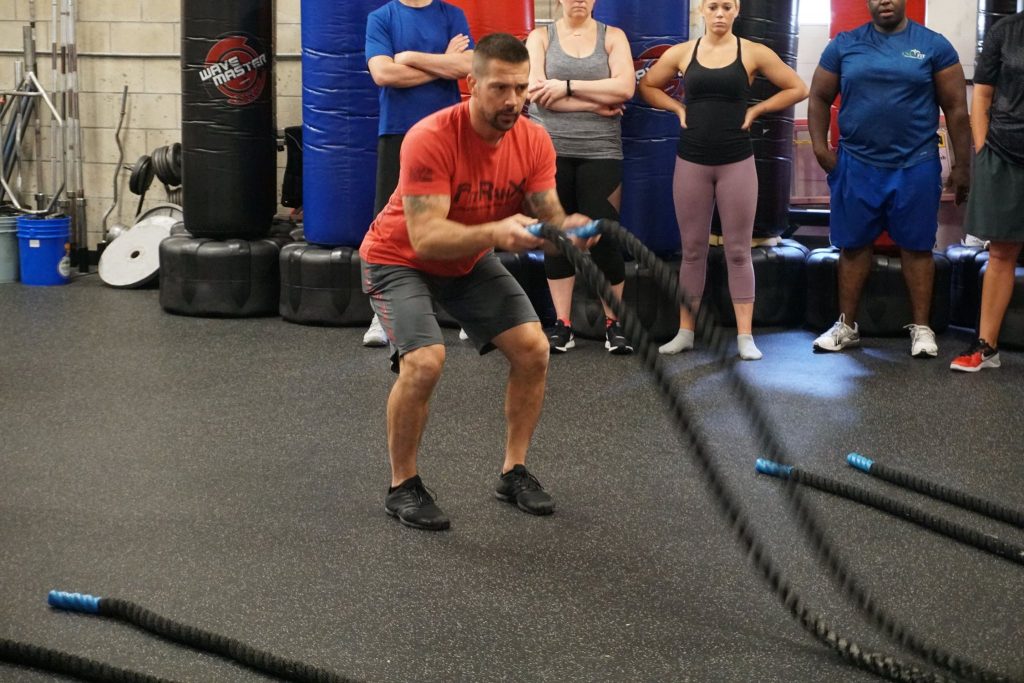 In an effort to simplify the testing protocol, we are editing the above rules.

3-Second Rule:  From now on, the 3-Second Rule ONLY applies to the Strength Portion of the test (Pull, Squat, Push, Hinge, and Core).  The rule was originally created because people would take extended breaks between reps during the strength portion, which would both give extra rest and extend the total time of the test.  For that reason, there was a limit time placed on how long someone could pause between reps.  Loopholes have been found which allow for extra rest during non-reps for time Conditioning Elements.  In addition, it has been discovered that people also interpreted this rule to mean that a break in form was allowable (setting KB’s down) as long as movement had restarted within 3 seconds.  That was never the case.

With this rule eliminated from the Conditioning Portion, the directive regarding conditioning elements is that once an element (that is not a reps-for-time event) begins, the individual must be continuously moving for the entire duration of the element.  Regarding the speed, it must be the same speed that the individual is capable of during training, or whatever is determined to be the minimum speed by the Instructor.  Emphasis is still placed on Quality over Quantity, meaning the movement quality is not to be sacrificed in an effort to move as fast as physically possible.

5-Second Transition Rule:  The 5-second transition rule has previously existed to apply in two situations.  First, it was used to dictate the time limit when switching between sides on elements that are conducted one limb at a time (right arm/left arm, right leg/left leg, right side/left side).  This applied to Side Plank, Half-Kneeling Presses, Single Leg Deadlifts, KB Roll to Post, TGU, and TGU with a Windmill in the Strength Portion, and Carries and Single Leg Box Jumps in the Conditioning Portion.  Second, it was used to time the transition between the Tri-Set and Quad-Set elements during the Conditioning Portion.

So, the first change, is that we will no longer use this rule to time the transition between sides. The new directive is simply that once the reps or time are completed on one side, they are to switch sides and continue with the movement.

The second change is a bigger change.  We used to say that as long as someone was getting in position or actively transitioning between Tri-Set or Quad-Set elements, that the transition time could exceed 5 seconds.  The end result in this grey area, especially if used in conjunction with the 3-second rule was that the transition could exceed 8 seconds, and work interval time would be shortened.

As a result, the new rule is titled 10-Second Transition.  Instead of a loosely based 5-second transition, we now have a strict 10-Second transition between Tri-Set and Quad-Set elements.  What this means is that the first rep of the next Tri-Set or Quad-Set element must have begun within 10-Seconds of the previous element concluding.  To put it another way, the KB’s have left the ground, jumps have started, ropes have started to swing, etc before those 10 seconds have elapsed.

When you combine the fact that the 3-Second rule no longer applies to the Conditioning portion, and there is now a 10-Second Transition between elements, the end result should look like the following:

When a Tri-Set or Quad-Set begins, the movement starts, and the individual is CONTINUALLY moving for the full work interval until time has expired.  An example of this would be that if the person is doing a double rack carry, the KB’s stay in the rack position until time is up.  Then, once the 10-Second transition begins, the KB’s would be returned to the ground, and the individual would prepare for the crawl movement.  The ONLY exception to this would be movements that have a pre-determined rep count.  Once the reps are completed, the leftover time is rest, until the next transition.

We discussed the fact that on the upper levels, this rule change would have a negligible effect on transition times, but on the lower levels where there is less equipment to pick-up/set-down or move between, that it would result in extra rest.  This would be the most apparent on Bracket 3’s Level 1, where the work to rest interval would be :20/:10.  We decided that this was a trade-off we were willing to accept, in that making the lower levels slightly easier increases the ease of entry into the program for clients, making them more successful, and in turn more apt to stick with you and your gym. 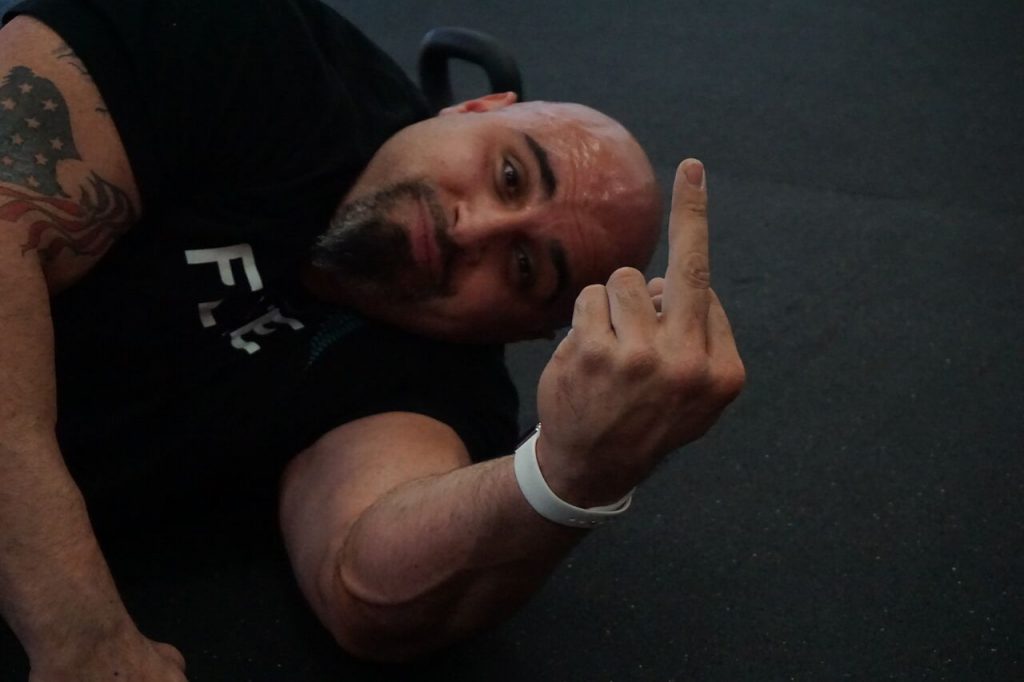 3-Strike Rule:  This rule causes more confusion than any other, especially in conjunction with the other rules.  For that reason, it is being eliminated.  One thing we stress at the Instructor Certifications, is that your clients should be prepared to the point that you should not be forced to give them ANY strikes during a test.  Not to mention, since you are encouraged to give critiques and form corrections, as long as the client responds to your critique and corrects their form, there would be no need to give a strike.   But we would consistently get questions regarding “what is the difference between a strike and a form correction,” “ how many form corrections equal a strike,” “what’s the difference between a possible Automatic Fail and a strike?”

Now, the result of eliminating the 3-Strike Rule, is that what constitutes Automatic Fails becomes clear.  If a client does not respond to your critiques/form corrections and does not correct a movement, then it is an Automatic Fail, and the test is over.  It is no different than if they were unable to complete the reps required or suffered a break in form.

I know some of these changes are going to drastically alter some people’s training and preparation for Level Tests.  But understand, we are doing this to simplify the testing and to eliminate confusion. All of our efforts stem from a vision to create a standard that is universal world-wide, so that if one of your clients moves to another state, and joins another FitRanX® gym, that they can pick up where they left off and the testing protocol will be consistent.  I’m sure there will be questions, so please feel free to reach out to Nick or I, and we will help you understand.